Welcome, blog reader, on this Saturday, October 17, 2020. Today, there are several news items of interest to report concerning the schism in South Carolina.

Thus, the Episcopal Diocese of South Carolina has grown by 1,376 baptized members since the schism. This is a 22% increase. Note that the diocese has gained new members steadily.

The bottom line is that after the schism of 2012 the Episcopal diocese grew steadily while the Anglican diocese declined continually.

Another hidden figure in all these numbers is the effect of the schism on membership overall. If we add the baptized membership of both dioceses in 2019 we get a total of 27,958. When Bishop Lawrence began his episcopate in SC, in 2008, the diocese listed 32,000 baptized members. This means that since then, some 4,000 members have disappeared from the rolls of the combined dioceses. Where these people went is an open question but it is clear thousands of church people fled from the churches caught up in the schism. This on top of the constant outflow from the schismatic parishes has left the new diocese just a fraction of the pre-schism diocese. When Lawrence arrived in 2008, the old diocese counted 27,000 communicants. Today, the diocese he heads counts 11,457 communicants, or just 42% of the 2008 number. In other words, the Lawrence diocese today has less than half the number of communicants as the diocese he led in 2008.

On Oct. 13, the United States Court of Appeals, Fourth Circuit, published a tentative calendar order for oral arguments in the church case. The docket lists the hearing between Friday, December 4, and Monday, December 14, 2020. The hearing, before the panel of three judges will be held remotely, that is, by electronic means. The exact time of the hearing will be announced later.

ANGLICAN DIOCESE ASKS FOR STAY FROM U.S. COURT OF APPEALS

On yesterday, October 16, 2020, the Anglican Diocese filed "Motion to Stay Case" with the United States Court of Appeals, Fourth Circuit. This asks the appeals court to "stay," or temporarily suspend, the case before this court pending a decision of the South Carolina Supreme Court.

There are two tracks of the litigation between the two dioceses, one in state court and the other in federal court.

In state court, the Episcopal diocese has appealed Judge Dickson's decision to the SCSC. Dickson ordered a reversal of the SCSC Aug. 2, 2017 decision that recognized 29 parishes and Camp St. Christopher as property of the Episcopal Church and its diocese. Dickson ruled that the Episcopal Church had no interest in these properties. EDSC appealed Dickson's order to the SCSC; and the SCSC agreed to take the case last August. We are awaiting a hearing and/or decision of the SCSC.

What ADSC is asking now is that the federal court wait on a decision by the state court before it rules.

In federal court, U.S. District Judge Richard Gergel issued a decision on September 19, 2019 recognizing the Episcopal Church as hierarchical and the Church diocese as the only legal heir of the pre-schism diocese. He also issued an injunction enforcing this decision. The Anglican diocese appealed this to the U.S. Court of Appeals, Fourth Circuit, in Richmond, on Oct. 7, 2019. The ADSC then asked both Judge Gergel and the Court of Appeals for a stay of Gergel's orders pending the appeal. Both denied the request. On January 14, 2020, the three appeals judges hearing the case voted 2 to 1 to deny ADSC's request for a stay.

Since the Court of Appeals has already denied a stay, why is the ADSC filing a new request for a stay? The difference, they said in their motion yesterday, was that last August, the SCSC agreed to rule on EDSC'a appeal of Dickson's order. Since that case involved state marks, they said the federal court should wait until the SCSC decides the state case before the federal court makes its ruling about marks.

It seems to me there is little chance the Appeals Court judges will go along with this request for a stay any more than they did the last time. 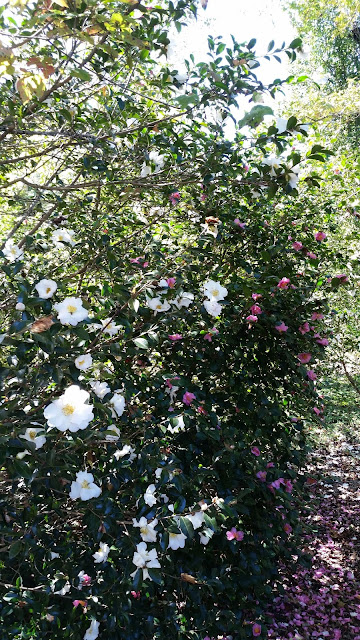 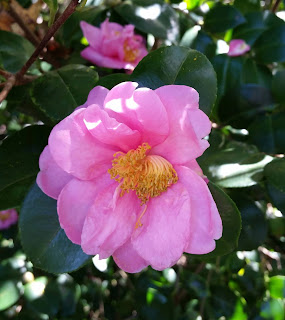 Posted by Ronald Caldwell at 9:31 AM