A PROFILE IN COURAGE 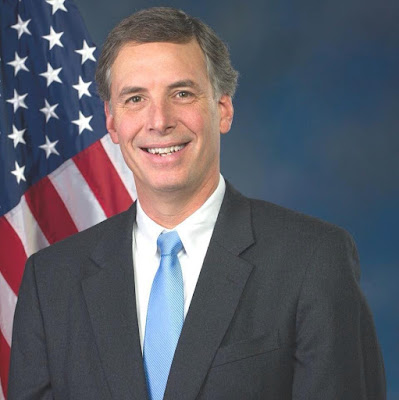 Tom Rice is the conservative Republican member of the House of Representatives representing one of the most conservative parts of one of the most conservative states in America. His district includes Myrtle Beach and Florence (the Grand Strand, PeeDee). Last November, Trump carried his district by 19 points. On Jan. 6, Rice joined most Republicans in the House and voted to reject the Electoral College returns from Arizona and Pennsylvania. Yesterday, Rice reversed himself to do the right thing against all odds.

He was one of ten Republicans who voted for the Article of Impeachment against President Trump. The charge was incitement of insurrection against the United States. Reportedly, Rice did so as a surprise to everyone else, including his staff. Why did he do it? Word is, he was repelled by the president's actions while the mob insurrection was occurring. Trump stayed in the White House watching the violent attack occurring and saying nothing for hours. Every Congressperson and even his Vice President were in mortal peril as the crazed mob rampaged through the Capitol. Apparently, this was too much for a man of conscience. He suddenly crossed the aisle to vote that the president should be charged with high crimes and misdemeanors against the United States. Rice was the only Republican from the south to vote for impeachment.  This could only have come from deep in his heart.

One can bet Rice has received death threats against himself and his family. No doubt his life is in danger. He may well have ended his political career. He will be up for reelection in two years. No doubt he will have primary opposition supported by the far right who will be out for his scalp.

Those Americans, in South Carolina and elsewhere, who want to protect and preserve the constitutional, democratic republic should say a word of gratitude to Tom Rice, a rare profile in courage, an unlikely light who shone bright in one of the darkest days of American history.

Tom Rice, man of South Carolina, will forever be enrolled in the book of the great American profiles in courage.

Find an article about Rice's vote on impeachment here .

Posted by Ronald Caldwell at 6:32 AM